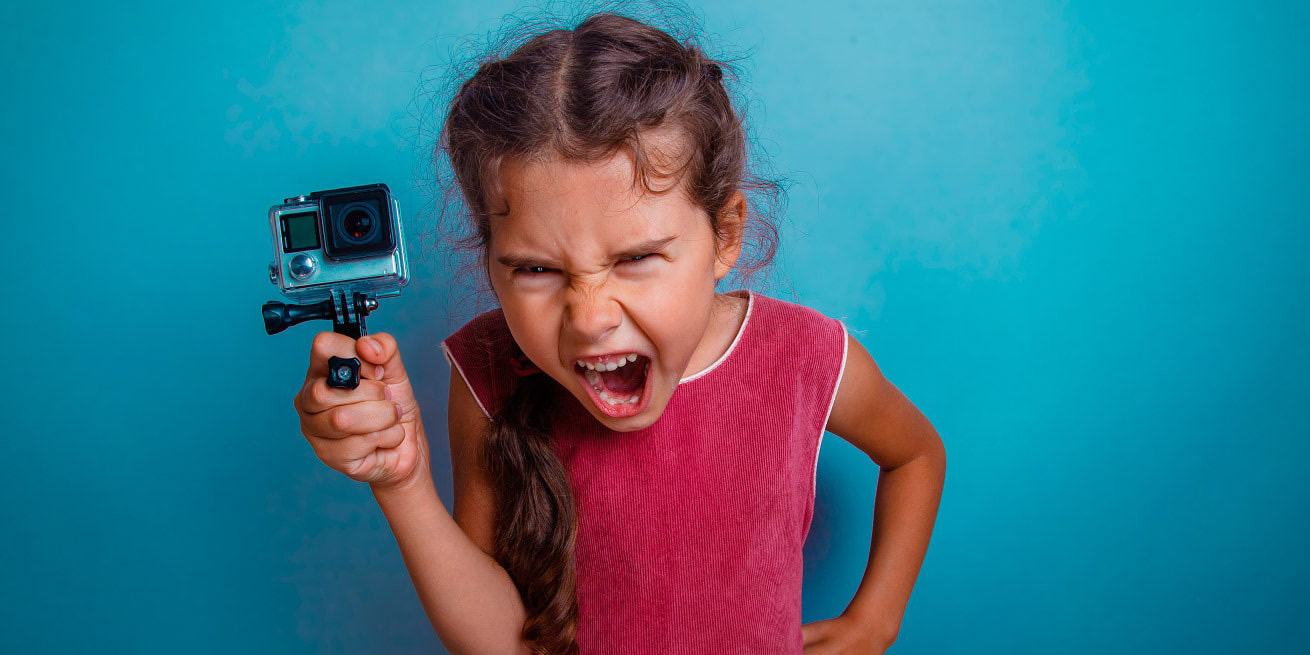 Did you know that people tend to gaze five times longer at a video than at static posts on Facebook?

Or that 47% of consumers watch video ads most often on Facebook?

The popularity of Facebook video ads is immense - and their design and visual appearance play an important role in their success.

This article takes a look at the nine most creative and engaging Facebook video ad examples so far this year in 2020.

In addition to talking about best practices and growing trends, we’ll also analyze what makes these ads great and break down the benefits of visually appealing Facebook videos.

This list consists of Facebook video ad examples from 2020 that are successful, creative,   provide immediate value to consumers and are optimized for mobile users, who make up the majority of video viewers.

Clocking at only 15 seconds, Ultimate Ears’ ad for customizable Boom3 speakers features a myriad of colors and templates for customizing this product, along with eye-grabbing visuals and a copy containing concise value propositions.

Why it works: This is an example of a video ad that is packed with factors that grab viewers’ attention. In addition to showcasing flamboyant visuals and an “earworm” musical element, this video clearly communicates what it’s about and makes an attractive case for why people should care: it’s a product that embraces their personality.

Two models, pastel hues, minimalistic music and nine seconds is enough for hair-care product creator L’ange to deliver its message across to its target audience: celebrate your hair.

Why it works: Not ostentatious in any way, this video ad is concise and does not need sound to deliver its message. Users can absorb it as they scroll through their feed and listen to something else entirely. The value proposition the company makes is inviting consumers to make most of their sale while it lasts.

HP’s Elite Dragonfly is advertised as “the world’s lightest compact business convertible” laptop. To show for it, in just six seconds, a dynamic ad depicts a woman holding this piece of hardware flying through the rooftops, followed by the tagline “Lighter than air.”

Why it works: The ad begins, delivers its point and ends before Facebook users can even scroll past it. It’s super concise, to the point and doesn’t even need sound to deliver its message.

Why it works: The ad’s focal points are value propositions emphasizing that the product uses no artificial colors, artificial flavors or preservatives. The simple video shows several delectable-looking dishes against minimal backdrops and includes a discrete soundtrack.

Why it works: Clever messaging that focuses on the consumer creates an emotional response. The messaging is all part of the video, with no voiceover whatsoever, making this ad another video suitable for watching with sound off.

Lenovo’s Smarter Technology ad takes several twists and turns: it opens with an image of a wearable,  smartwatch as a fitness app. The narrator takes you through the surprising images of snakes and scorpions by emphasizing the Thinkpad’s ability to turn deadly venom into medicine, by calling it smarter than a smartphone.

Why it works: This visually striking ad contains unorthodox messaging that requires users to reflect on it a bit. The difference between this ad and previous ones on this list is that it has narration - but it also has captions, in case users are watching with the sound off.

In only six seconds, the video ad shows two children about to perform in a school play. A little boy approaches a girl dressed in a gown made entirely of Kleenex tissues and reaches out for one to wipe his nose.

Why it works: Slightly humorous and innocent, the ad captures the brand persona of Kleenex - a product that is always within reach and attainable. The helpful caption tagline of “The show must go on” provides context to the school play scene.

Another example of an ad that you can’t miss while scrolling through your Facebook feed, StubHub follows the fate of a sports enthusiast who is, to his misfortune, seated among the opposing team’s supporters. His act of cheering his team is met with a harsh but expected response.

Why it works: Six seconds long and with a simplistic message, the ad uses humor to advertise the service’s capability to find the seat that is best for you, the viewer. It is focused on the consumer and manages to get its message across quickly and with minimal copy.

Mask-Match.com is Squarespace’s client that helps people send spare masks directly to medical workers across the US during the Covid-19 pandemic crisis. The video uses no narration and its copy is short and explains the steps a viewer needs to take if they want to help the cause.

Why it works: Troubled times require a sense of urgency and solidarity, and this ad is all about delivering a sufficient amount of information in as little time as possible, without needing viewers to activate their sound.

All of these ads make use of certain creative best practices that are becoming a foundation of successful Facebook video advertising.

The five elements that make them successful with Facebook audiences are:

A great video ad can create brand awareness, bring in customers and generate revenue. Here are the five most immediate and common benefits of a well-designed video ad.

Video is very effective at capturing the viewer’s attention and keeping them engaged. Video ads showcase products in motion and talk about their features through memorable stories.

87% of marketers consider Facebook ads effective for their business and as much as 71% of consumers say that the Facebook video ads they see in their feed are relevant to them. Also, 65% of people who watch the first 3 seconds of a video, watch for at least 10 seconds.

Watching a visually compelling video that outlines a product’s features in an attractive way can influence the customer’s behavior and their buying decisions.

Videos that convey the right emotions are a powerful selling tool, including videos on a landing page which can increase conversion rates by 80%.

A video that provides necessary information about a product and does it in a visually pleasing manner boosts the brand’s personality and earns consumers’ trust.

90% of viewers say they find quality product videos helpful with their buying decision process. Videos that educate and inform the target audience in an engaging way build a foundation of trust, which translates to sales.

As much as 92% of mobile video viewers share videos with others. This presents a great chance for businesses to showcase their products to their audience and go viral or at least reach new audience segments.

This is especially true for Facebook, as Facebook native videos get 478% more shares than videos from other sources.

5. Forms An Emotional Bond With The Audience

Videos compel marketers to condense their message to fit a short time frame and challenge them to provide value in the time they do have.

Well-designed videos engage people’s senses by showing and telling at the same time - this is where videos have a clear advantage over text articles.

Storytelling through the sights and sounds of a video produces an emotional impact with the audience and forms a more personal relationship between a viewer and the brand.

The landscape of video marketing is changing rapidly as new technologies emerge.

Here are the top five trends that will shape the way brands advertise their products via videos in the coming years:

Live media is an engaging concept because it fosters live interaction with real people.

The short-lived nature of the moment is what numerous Instagram users make most of when they go live and answer questions asked in real-time by their followers.

Live videos are recreating the experience of live TV, except, unlike geographically limited TV broadcasts, these videos are available for audiences across the entire globe.

Certain shoppable videos are already providing additional information about the product when a user hovers their mouse over it.

Videos that highlight specific products in the story’s stream with shoppable links or exclusive deals is something we will undoubtedly see more of in the future.

360-degree videos that viewers can interact with are a massive trend because they are highly experiential and immersive, in the way attending a live sporting event might be.

As AR and VR become more prominent in video advertising, this futuristic style of experiencing video is something we can look out for in the future.

These videos have the potential to set brands and their products apart from the competition by captivating and wowing their customer base.

Facebook and Instagram stories are quick, require very little editing and have become popular with a vast array of users. They marked the shift in advertising perspective for most marketers.

Additional platforms continue to introduce this format of content as more and more brands embrace sponsored stories that they make available for a 24-hour period. These instill a fear of missing out in their audience who will rush to watch them.

Most advertisers design their videos with the automatic “sound off” option in mind that Facebook introduced with the autoplay feature, which automatically plays videos within the user’s feed.

These ads either feature subtitles or they are made in such a way that they don't require sound to get their message across.

In fact, 85% of Facebook users watch videos with the sound off, which came as an interesting outcome Facebook never intended to happen.

The animations and imagery that publishers add to these videos that are silent by default give context to the ad without users needing to turn the sound on.

This trend caught on very quickly and led Instagram and YouTube to also automatically play their videos in their feed.

The best-performing Facebook video ads of 2020 we’ve discussed in this article have certain common traits that are the foundation of their success: 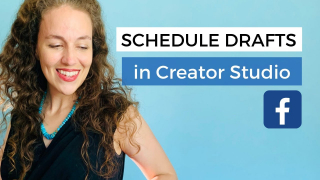 Facebook Creator Studio: Everything You Need to Know Tutorial 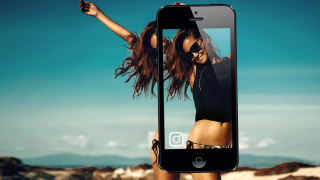 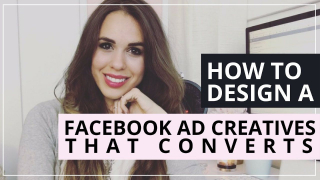